Johannesburg – May 18, 2016 – Sanlam Ltd has sold funeral policies for children on welfare. Now the company has locked horns with the South African Government. The South African Social Security Agency (SASSA) gets many complaints about these deductions from people who claim they never approved the funeral plans.

The South African government intends to bring about new rules to protect welfare grant recipients  Sanlam deducts money from their grants, and they use it to pay for funeral cover.

The government will no longer  allow payments to those selling this funeral cover. The new regulations mean that companies like Lion of Africa and Sanlam may not deduct money from social accounts. To do so,  the welfare agency must give permission first.

Deductions are “Fleecing the Poor.”

Sanlam has welcomed Government’s efforts to eradicate the way the poor get ‘fleeced’ through the social grant system. There is not complete clarity regarding certain aspects of the Regulations. But, together with its subsidiary, Channel Life, Sanlam made an application to the Gauteng Division of the High Court. Their purpose is to gain clarity on the application of the regulation. 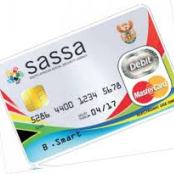 The Ministry of Social Development announced changes to Regulation 26A on 6 May 2016.  The Ministry confirmed that brokers were not allowed take premiums. Instead, only registered insurers under the long term Insurance Act may offer these funeral policies.

Other amendments included the removing debit orders on SASSA card. Also, there is now a SASSA moratorium on people who deduct premiums for new policies.

Channel Life, as well as Sanlam, have reaffirmed that they fully support the moratorium on new child support grant deductions. They fully support Government’s actions in addressing these so-called fraudulent deductions from social grant recipients. They agree that proper legislation will limit fraud and abuse.

While Sanlam supports government’s efforts for this clean up, it did, however, say that SASSA submitted no evidence of complaints from grant beneficiaries that deductions for funeral cover is unlawful.

Many recipients complained about illegal deductions for airtime, electricity and loan repayments as well, according to Sanlam. They went on to say that funeral cover was at least something that had social value.

Both Sanlam and Channel Life instituted court proceedings. They want clarity so as to protect policyholders. Sanlam went on to say that both Channel Life and themselves would continue to work with SASSA and the Government in their efforts. And the aim is to clean up the system. Sanlam wants to continue providing access to affordable financial services for every South African.

The Citizen Newspaper said on 12 May 2016 that the showdown between SASSA and Sanlam was on hold. Sanlam and Channel Life requested the postponement. The request came after the Dept of Social Development published new regulations which affect deductions from social grants.