What is a Funeral Celebrant?

A funeral celebrant, just like a minister of a church, aims to present a funeral ceremony that will be a fitting tribute to the person who has passed on. When a person dies who didn’t regularly attend church services, people assume that they should have a Christian funeral. Just as there is no legal requirement to include a funeral director when you plan a funeral, there is also no legal obligation for a funeral to be conducted by a religious minister.

If you want to use a celebrant and don’t know where to find one, many funeral directors know the local celebrants, and they know how people rate them. They can refer you to a good one.

A Celebrant is for Everyone 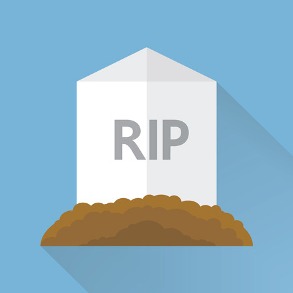 A funeral celebrant will do similar things to that of a church minister.

The idea of a celebrant funeral is to reflect the beliefs and wishes of the person who has died. The ceremony will be in keeping with the wishes and expectations of the family. The celebrant adheres to all your wishes – from ensuring the playing of certain music to ensuring that readings, prayers and poetry are included exactly as the family wants. The entire service reflects the life of the person who has died.

You can almost say that the funeral celebrant functions as the master of ceremonies at a funeral service – they are the organiser of the order of service.

Celebrants meet the needs of people for whom a religious funeral does not. These are individuals who want a funeral which expresses their beliefs and which focuses on the life of the deceased. Some celebrants have websites while others rely on their affiliated funeral director  to get them their work. In the UK they have a unique site where you can search for the celebrant. The website funeralcelebrants.org.uk lists all funeral celebrants.

Services That Capture the Essence of the Departed

Professional organisations offer training to celebrants. These celebrants adhere to a certain code of conduct and are reputable and reliable. Some of them belong to reputable organisations, but then again,  some good ones don’t.

Today in South Africa and other parts of the world, people want personal funeral services that will promise to capture the essence of the departed person. Many people are deliberately moving away from traditional funerals and opting for a celebrant to honour the departed loved one. Celebrants want to please you, whether you’re religious or not. With their unique offerings, their focus is on personal satisfaction.

To get a FREE funeral plan quote please complete, then submit the form on this page