Ombudsman ruling for an over-age student on a funeral policy.

How does the Ombudsman Rule on an over-age student claim problem that a father brought to his attention?

Let’s look at how the Ombudsman might handle the issue of an adult child who is a full-time student.

Some background to the Over-age Student claim Problem 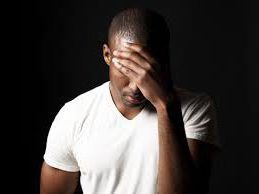 The claim, in this case, was declined because the child was deemed as being over-age in terms of the provisions of the policy.

This is where it really pays to know the terms of your policy. In this case, the policyholder’s son was a student at the Durban University of Technology. He was studying towards a qualification in Mechanical Engineering.

The child was about to register for the 2012 academic year when he died in a car crash. He died on the 6th January. The Durban University of Technology confirmed that registration for the 2012 year was only to open on the 18th of January.

The father lodged a claim against the insurer. He submitted the required documentation along with proof of the child’s academic record from the start of his studies.

The insurer declined the claim. He did not qualify for cover as he had not yet registered for the 2012 academic year.  According to the exact terms of the policy, this was true.

The Ombudsman asked that the claim be reconsidered as the child would most likely have registered when registrations opened. His record as a full-time student was used as proof of this. The Ombudsman further noted that the failure to register was as a result of circumstances beyond the child’s control.

The Durban University of Technology gave them information about registration. His academic record excluded him from the continuation of his course. The university would not have admitted him.

As a result of this, the Ombudsman found in favour of the insurer.

And the Moral of the Story is…

It must have been a hard lesson for the father to learn but it should serve as a warning to all of us. If you take out funeral cover, or any other insurance for that matter, you must know the terms. Check what the policy covers. Find out what might void cover and where you might need to supplement cover.

This is one situation where simply going for the cheapest option could end up costing you.

Do you want to relook at your funeral cover? Or do you want to find the best possible rate for a new policy? All you have to do is to complete your details in the form on this page. We’ll arrange a few no-obligation quotes for you.

The Burial or Cremation Debate →
← Have you thought about a checklist for your funeral?
Copyright 2020 Funeral Cover Quotes