Most of us have some pretty strong thoughts about dying. And when it’s a young person or an sudden death we say ‘it’s so unfair.  Why does it have to be like this…why, why, why? There are many superstitions about dying.

The Irish are a superstitious lot, and many of their beliefs and traditions pass from one generation to the next.

For instance, when one dies in Ireland, the body leaves the house feet first. This is to prevent the spirit from looking back into the house and beckoning and luring another member of the family to follow him. 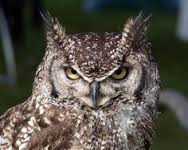 Even people who don’t believe in superstition think twice before they walk under a ladder or open an umbrella indoors. Certainly, superstitions surrounding owls have a long history and their haunted cries add to the superstitions of people.

An owl hooting at night could mean the death of a newborn baby or that the baby becomes a witch. Death is often associated with owls, and if an owl perches on the roof of your house, there will be a death in that house very soon.

Some superstitions about dying are –

Superstitions about dying are entrenched in the cultural lifestyles of the people of West Africa particularly. In fact, in some African countries, the removal of a dead body from the home is through a hole in the wall as opposed to the door. It is done this way to prevent the spirit from finding an easy way back into the home.

Thorns and sticks are also strewn across the path in a zig-zag pattern to confuse the spirit so it does not make its way back and become a nuisance among the living.

Death rituals and superstitions about dying are changing in Africa and other parts of the world as Christianity and Islam bring about changes. There are those who do what they can to cling to old traditions, but more and younger people are moving away from strange rituals and beliefs, claiming they are not based on reason but are seen to be irrational.

To sign up for  funeral cover, please complete and then submit the form on this page