Buried in Debt to Keep Up with the Joneses

South Africans may be buried in debt and battling to put food on the table, but in certain areas of life, there is no scaling down in an effort to make ends meet. Funerals in South Africa are still as lavish as they have always been.

Some funerals are so extravagant that if there are children in the home, they go without schooling so that every cent can go towards these ridiculously expensive funerals.

There are households where the adults are depressed and at wits end because they’ve got no money left. To show that they ‘care’ for the deceased, they have taken out substantial loans to provide the deceased with a funeral that the community will be satisfied with.

When there is a death in the family, within the black communities it is usual for the entire community to become involved and to visit the home of the deceased to pay their respects. This can last up to a week, and everyone coming to sympathise receives refreshments while 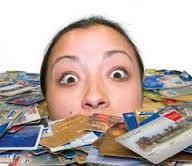 commiserating with the mourners.

Many times, on the night before the funeral, a vigil is held, and a lot of money has to be paid to ensure tents, tables and chairs are available. Hiring large items like a tent can cost a small fortune.

Funerals are big business in South Africa, and the Avalon Cemetery alone receives a fresh intake of between 70 and 100 people each Saturday. South Africa has the worst rate of HIV sufferers in the world and death claims many young people, making Saturday ‘funeral day’ in the sprawling township.

People who run funeral parlours in South Africa conduct many funerals over the weekend and funeral directors bear witness on a regular basis of poor people who put everything they have into funerals for their family members. They don’t buy coffins from the economical range, preferring to pick out the Oak or rare Kiaat wood coffins.

There are many educated people who make it their aim to inform and persuade people not to squander all they have on expensive coffins and lavish funerals, but nothing seems to be changing.

From expensive caskets, new clothes and hairdos to slaughtering animals, little expense is spared. The cost of a reasonable funeral can be about R15 000. The coffin is usually the most expensive item, costing in the region of R5000, not to mention setting R6000 aside for the cow to be slaughtered. Why pay R5000 for a coffin when there are eco-coffins being manufactured and which cost less than R500? Sometimes it is for status reasons and other times it is social pressure, putting burdens on people who don’t have a lot of money.

Buried in Debt – The Cycle of Poverty Continues

Economist Alicia Menendez found that with research, it has shown that funeral costs eat away significantly at the meagre funds of many households, having a huge impact on the economic welfare of households. Many households borrow money from moneylenders, and then they have to contend with those extremely high interest rates. She went on to add that after a death, households report much higher levels of poverty than before.

A financial instrument that has evolved in the funeral industry is the burial society and these are useful in that they guarantee that most of the expenses incurred for funerals will be paid for by the insurer. Many households still borrow money according to Menendez’s study, and in 2016 without a funeral policy in place, it is safe to say that funerals are still creating a massive financial burden for the poor.