When Is an Autopsy Necessary in South Africa?

The word autopsy comes from the Greek word autopsia. It means ‘to see with one’s own eyes’. In laymen’s terms it’s a post-mortem examination to discover the cause of death, or the extent of the disease.

Autopsies have been performed over centuries of time in order for people to learn about how the inner parts of the human body work. An autopsy is also performed to find out what the deceased person has died from. Today, autopsies are being performed to also enable academics to teach their students and to do their research.

There is another side of an autopsies. They are performed for medico-legal purposes. These occur where individuals have died as result of something else other than natural causes. It can also be where the cause of death is not apparent or where death happened from an unexpected nature. From a medico-legal point of view then, an autopsy will be performed so that further legal decisions and proceedings can be facilitated.

Autopsies Necessary to Establish Cause of Death

In a country like South Africa, all academic or/and anatomical pathology autopsies are carried out in terms of the Human Tissue Act (Act 65 of 1983). Autopsies in South Africa are necessary so that attending physicians and/or pathologists remain satisfied that preconditions have been 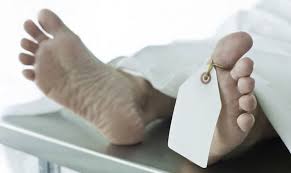 met before doing an autopsy. The one is that the deceased probably died from natural causes and second, that consent was obtained so that the post mortem examination could be performed.

If a death appears to have occurred under unnatural causes, then the matter needs to be reported to the South African police for further investigation. This is in terms of the Inquests Act (Act 58 of 1959).

The attending clinician needs to be satisfied that death was due to natural causes, and then will issue a certificate, even not being 100% sure what the pathological diagnosis was. When this happens, it’s a good idea to request an anatomical pathology autopsy. Permission needs to be granted for this and this permission could have been obtained from the deceased before their death or via a will or the next of kin after death has occurred.

The Human Tissue Act is in the process of being revised and will no doubt be incorporated into the National Health Act. But many clinicians and healthcare institutions try and avoid requesting anatomical pathology autopsies. This is because sometimes missed diagnoses are good grounds for legal proceedings.

Unfortunately, in South Africa, there is a huge burden of non-natural death cases. These have to be examined annually in South Africa. There are just not enough qualified forensic pathologists to handle all of these, with estimations of over 70000 medico-legal autopsies carried out annually. This also results in many instances where the administrative and judicial processes are compromised.

In South Africa the high crime rate means that autopsy results have a massive waiting list. Health Minister Aaron Motsoaledi says that South Africans have to wait up to three years for autopsy results, quite different to countries such as the US where results are available within weeks.

Funeral cover quotes are available. Please complete and send the form above to complete