Funeral etiquette is no different to any other form of traditional etiquette. Because it involves dealing with death, it’s just a little more complicated for most people

What is Etiquette? Etiquette amounts to a traditional or accepted way that we behave in public.

Mostly it relates to social behaviour, and usually to an accepted code of conduct for either professional practice or ceremonies or other formal occasions.

These would include anything from weddings to funerals and even state occasions.

What is Funeral Etiquette?

Mainly funeral etiquette encompasses the way you should dress and behave when you attend a funeral. At least in Western civilisations, people tend to dress conservatively, though not necessarily in black.

If one holds the funeral in a church, the first couple of rows of seats are – as for weddings – usually intended for the family of whoever has died. But funeral etiquette doesn’t intentionally isolate the family, so if there are spare seats, there’s nothing to stop close friends from joining them at the front.

After the funeral service family members greet those who have attended the service. However, this doesn’t mean they have to spend time talking awkwardly to everybody present. It is often, if not usually acceptable to simply say hello or even just shake hands or accept a hug of condolences.

Funeral etiquette is Also important When it comes to Organising funerals

Cultural and religious customs also come into play. After the funeral, funeral etiquette demands that one thanks people formally. A representative of the family will usually write a short thank you note to the 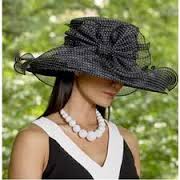 minister, priest or another funeral officiant.

Anyone who delivered a reading or spoke at the funeral, either during the service or afterwards at the wake including Pallbearers should also be thanked along with those who contributed flowers or perhaps donations to a given charity.

There are so many different religions in the world it can be difficult to pinpoint what the different customs and funeral etiquette require.

A List of What to Do and What Not to Do

Hollard, one of the companies offering funeral insurance products in South Africa, has compiled a light-hearted list of dos and don’ts for people attending funerals.