There was a special announcement during this year’s AGM for insurance firm AVBOB following the company’s great financial performance in the 2014/2015 financial year. It encompasses an AVBOB reward to policy holders to the tune of R1 billion.

The company’s net new insurance business went up by an impressive 30% and premium collections rose by 16.8% while the number of people covered by AVBOB climbed to 4.3 million. Even after allocating more than 4 million Rand to increased policyholder benefits, AVBOB has retained its Capital Adequacy Ratio cover at over four times. The improved business even allowed AVBOB to enlist 500 new employees.

After raking pre-tax revenues to the tune of 1.2 billion Rand AVBOB, through their Group CEO Frik Raderman, told policyholders to expect added benefits on their policies. As a mutual assurance society with no external shareholders, AVBOB’s customers will receive the benefits that ordinarily would be given as increased dividends to shareholders. The benefits for those 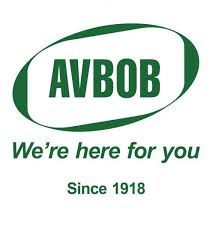 with AVBOB covers will come in the form of higher funeral policy benefits and special bonuses.

So members of AVBOB can look forward to a free basic funeral if they have had active policies for the past two years. If your AVBOB funeral cover is less than two years old you will still enjoy a R 4,000 discount on a funeral. On top of this they will have free transportation of the body to any location within South Africa. This benefit applies across the board regardless of the period the policy has been active for.