Be Aware of What Not To Say at a Funeral

The circumstances under which a person dies can influence the way a person feels about grieving. If someone has been ill for a long time or is very old, then you are somewhat prepared for their death. For someone who has committed suicide and ended their life, there may be feelings of anger and disdain. And words of criticism and remorse.

If a baby has died, a person might feel angry and bitter. He might express a sense of resentment at the untimely passing of one so young.

Certainly in business, in personal relations and at funerals, a word not spoken may be the best word of all. There is wisdom in knowing when to keep your mouth shut and when to speak.

Many of us, when we are unsure of ourselves, or we are trying to be overly polite, blurt out things that may come back to haunt us. Sometimes a rude remark, no matter how innocently made, can have more serious consequences.

Of course, there are times when it is important not to keep your mouth shut – to soothe a friend. At such moments we must speak, but the task is then to find the right words.

First there will be a f 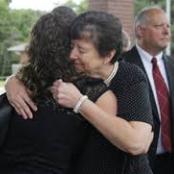 ormal eulogy from the minister. Then there will be opportunities to speak at a funeral or memorial service. People tell stories about the deceased’s life. It is time to say how the memory of the dead will live on in the minds and hearts of family and friends.

Some people stand up and spit out the venom they have been harbouring against the deceased for a long time. If you are feeling animosity, rather do research and learn about the better ways to conduct yourself so that you don’t disgrace yourself.

Hard Knowing what Not to say at a Funeral Sometimes

People who lose friends or family to suicide may feel sadness, but they may also want to blurt out unkind words at a funeral about what could have led a person to such extreme actions. That’s not what to say at a funeral.

Psychologists have always held that it is a good idea to ‘talk things out’ with others, but certainly getting along with others at a funeral sometimes demands tolerance and silence.  Many people are uncomfortable at funerals on the topic of death, and they sometimes blurt out things without thinking about what they are saying.

Nothing is set in stone as to what so say at a funeral. You may express your sympathy in your words. Kind words about the deceased are always appropriate.

If you find it difficult to make any conversation with the deceased’s family, a simple ‘I’m sorry for your loss’ will be enough. It’s not the time to ask about the cause of death, especially if the death wasn’t due to natural causes. The family may want to avoid talking about the events surrounding the death.

Malicious, Insinuating Comments a Grave Error at a Funeral

We all know people – the friends, colleagues and relatives who put their arms around you and then cut you to the quick by saying something about you that shouldn’t be voiced in public. If you get angry, they will often say ‘just joking’.

Some people use deliberate words at a funeral because they have felt threatened by the deceased in the past and they now want to punish them for something done or said when they were still alive. Some people just go for the jugular and don’t care who they humiliate with their word.

It could be that the deceased wasn’t a particularly likeable person, but it would be in good taste to rather respect the feelings of the people close to the dead and to keep snide remarks at bay.

We all experience loss in our ways – we have all endured loss and know what the bereaved are experiencing. We may be socially inept and even try to avoid the bereaved because we just don’t know what to say.

You may even worry about making matters worse by blurting out something that you don’t mean, but which comes out the wrong way. Fortunately, most people understand when things are expressed in the wrong way but mean to be sincere.

Funerals are usually emotional occasions, and a good portion of the crowd are not in their usual state of mind. It is comforting to know that if you did blurt out something silly, it will no doubt be forgotten.

Still, if you want to avoid saying the wrong things at a funeral, there is plenty of information on the Internet to help you stay poised and salvage your self-respect.

What Not to Say at a Funeral

Of course, there are those deliberate attempts by others convey their hurtful messages. Some of the worst things people say at a funeral are –

Everybody’s been in those situations where you’ve been left speechless or on the other hand, you’ve gone and put your foot in your mouth. People may well say and do pretty much what they want these days, but there are still certain ways to behave towards people.

You don’t want to give away a bad upbringing by saying stuff which only shows you up and nobody else. If you’re afraid of saying the wrong things at a funeral, there’s nothing wrong with looking at suggestions from people in the know for the correct things to say.

Throughout life we will find ourselves in different social situations, and knowing the appropriate things to say will benefit us in these occasions. Saying the right thing and considering what not to say at a funeral is especially important if you want to show consideration to people and you don’t want to suffer the discomfort of hostile stares because of it.