Most working South Africans have to financially support their parents, siblings and extended family. Sometimes this financial responsibility goes beyond regular expenses like groceries or electricity bills. It extends to major costs such as paying for a funeral in the event of losing a family member. Then they turn to Mashonisas for help. That is not advisable.

CEO of FNB Life, Lee Bromfield says people who do not plan for the loss of a loved one usually have to take up debt of tens of thousands for burial expenses. He says the desperation to get money for a funeral can lead to poor judgement and exploitation.

“When people do not qualify for a loan with reputable credit providers such as banks, they are likely to go to Mashonisas, also known as ‘loan sharks’. Such individuals find themselves at the 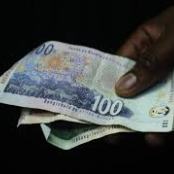 mercy of illegal practices like having their IDs or bank cards withheld until they settle the loan. The reality is that all these risks can be avoided if people plan properly.”

Bromfield says the easiest and most effective solution is to take up funeral cover to protect yourself, your immediate and extended family. “Even though taking up cover may not seem like an urgent need now, the risks of not owning any cover are far bigger,” he adds.

He says people who are considering taking up funeral cover rather than relying on Mashonisas should do the following:

Work out your needs

Know how much you can afford to pay

“Everyone hopes to give a decent burial to a loved one but this becomes very difficult if people do not properly plan for such. Nowadays, the cost of living is quickly rising so it is important to be prepared for all possibilities that could dent your finances, such as losing a loved one.”