The Ins and Outs of the Ownership of a Funeral Plan

Can a Person Legally have Ownership of a Funeral Plan if they have not Negotiated with the Insurer?

The funeral insurance Ombudsman has often had to answer the question of ownership of a funeral plan. That’s because they often have to sort out disputes of this nature.

Here are the Rules 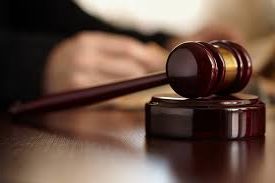 The complainant in this instance was negotiating with the insurer for the conclusion of the contract. He named his brother as the life insured.

The complainant was paying the premiums, and therefore assumed that he was the policy holder. He assumed that if his brother died, he would receive the proceeds.

The position reflected in the insurer’s Funeral Policy Document,  “the policy”was not according to the negotiations held. The policy indicated that the insured life insured was the “Member”, with the policy definition reading as follows:

Member means a person who is –” a member of the scheme, who has life cover under the policy and who is the legal owner of the policy according to the policy schedule”.

The policy also provided that the – “Member and such members of his family who qualify for benefits regarding the Policy Schedule shall enjoy cover in respect of death.”.

The policy defined “Life Partner” and “Child” regarding relationship to the Member. That made it clear that it only offered cover to the person who had cover under the policy and the legal owner of the policy. The policy did not make provision for the nomination of any beneficiaries.

The contract was also vague as to who the benefits were. It just stipulated the benefits would go to – “the person(s) entitled to it”. The complainant had undergone negotiations telephonically with the insurer for cover. He paid the premiums and his brother was the “member”.

When his brother did pass way, the insurance company rejected the complainant’s claim. The proceeds went to the life insured’s widow. There was no contest regarding the complainant’s allegations that he was responsible for paying significant expenses for the funeral.

The conclusion was that the insurer agreed that there was no contact between them. And the deceased who was the “member” in the policy – the person they considered as the owner of the policy.

The question was: How did the complainant’s brother come to be the owner of the policy? He had never had any negotiations regarding the policy. And also he did not ask the claimant to act on his behalf,

It was the is brother who did all the negotiating and who had the intention of entering into the contract.The complainant had been led to believe by the insurer that he was the contracting person. Regarding the reliance theory, this is an accepted law for contending that a contract is finalised because of resulting ‘constructive consensus’ or what is known as quasi-mutual assent.

Ownership of a funeral plan

The outcome of this case was that the insurer accepted the Ombudsman’s office’s recommendations that the complainant was in fact the policy holder. The claimant received payment of the proceeds of the funeral policy plus interest.