Funeral policies for students who study full-time recently came to the attention of the Ombudsman.

The Ombudsman office for long-term insurance has been in existence since 1985.

The function of this position is to be the mediator in disputes that occur between subscribed members of the long-term insurance business and the policyholders regarding insurance contracts.

The Ombudsman receives many complaints regarding funeral policies, services, false representation and so on.

One such case where a dispute arose was the case regarding Funeral Policies for Students.

The case that Appeared before the Ombudsman A woman was a member of a fund which covered her husband, as well as their children, in the policy.

In her policy regarding her children, the rule was as follows: “Membership will cease for dependent children when they attain the age of 22, or 26 years if they are still  full-time students/scholars at a recognised educational institution...”

The daughter of the woman who was the insured member, unfortunately, died in a motor car accident in 2008 when she was 25-years old. The insured put in a death claim with the insurer, submitting certain documents.

One was a certificate with symbols from the Education Department. It stated that the girl was doing Grade 12 on a “part-time basis”. The  insurance company declined the claim.

The reason for this is that the insurer claimed that the girl’s certificate proved that she was a part-time student. The rules of the fund stipulated that a child over the age of 22 years would only stay covered if they were a full-time student.

The Ruling of the Ombudsman regarding Funeral Policies for Students

In this case, there weren’t any legal grounds that upheld the complaint. There wasn’t enough information to support the fact that the girl had been a full-time student as per the rules.

The office of the Ombudsman ca 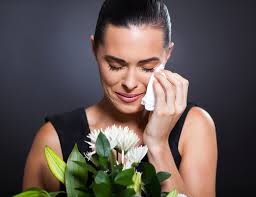 me to the conclusion and ended the matter. The insurer accepted the recommendations made by the Ombudsman. The mother of the girl accepted the outcome. The settlement that ruled that she would receive fifty percent of the claim.

Know your Policy so You can Fight for your Rights

Nobody wants their funeral cover to let them down when they need it most. Choose a funeral plan from a reliable source and get to know your funeral policy. Make sure you understand which persons are covered regarding student policies for students including the amount of cover, and the premium. This way you can fight for your rights when it appears as though you getting bad treatment.