South Africans take out funeral plans because they want death to be less stressful for them. That applies both emotionally and financially. However, ombudsman complaints do arise.

Unfortunately, stress comes from the very plans that are supposed to be making death easier. Fortunately, the Ombudsman complaints department can help improve things.

Funeral policy service providers get many complaints. There are so many that the Ombudsman breaks these complaints into sub-categories. These include ‘full cases’, ‘mini-cases’ and ‘referred cases’ for additional information among others. 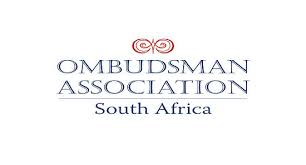 onsumers get angry because they believe that most of the complaints work in favour of the insurer. Insurers aren’t resolving claims the way they should and many cases are landing with the Ombudsman complaints department.

Insurers decline claims, often because the insured do not stick to policy terms and conditions. This results in a significant percentage of long-term insurance disputes. This could be because of changes to the Policyholder Protection Rules, which requires that insurers alert clients of their right to lodge a complaint with the Ombudsman upon claims rejection.

Ombudsman Complaints – Do You Know what your Benefits are?

The truth is that most cases dealt with by the Ombudsman relate to funeral and credit life policies. In fact, these two categories of insurance account for most of the cases finalised. Many complainants don’t understand what their policy benefits are, even though there is a requirement for call centre agents and brokers to explain these benefits.

Insurable interest is a risk management factor, preventing people from buying a life insurance policy where they could influence an outcome.

Complaints about the Ombudsman

Nearly half of cases finalised by the Ombudsman for Long Term Insurance come from funeral or credit life policies. Funerals cost a small fortune today, and there are scams from illegal operators doing the rounds. Do research and only deal with trustworthy organisations. Certainly, make sure the person has a licence to sell insurance.

3rd party funeral administrators often sell funeral policies, and it is important to know who the insurer is who underwrites the risk. Remember that you’ve got a 30-day cooling off period when you receive the policy, and you aren’t happy with what you see. You can then cancel the policy if you are not 100% satisfied.

If you go ahead with your funeral policy and are continually dissatisfied, the Ombudsman resolves disputes between insurers and policyholders. If you find that you are fighting a losing battle and you can’t resolve a complaint with your insurer, then your next step should be to contact the Ombudsman. First, read this interesting article concerning Ombudsman complaints in South Africa.

To get a funeral cover quote, please complete and then “click to send” the form on this page. We will get a quote to you so you can sign up for a funeral plan