What is a Crematorium?

What is a crematorium? A crematorium is a place, the facility where you will find a cremator. In the cremator, the body of the deceased person is incinerated, leaving just skeletal remains and bone fragments. Because of the intense heat of the cremator, the cremation chambers, or reports, refractory bricks that are specially heat resistant line the chamber.

The crematorium technicians play a very responsible role in ensuring that everything runs smoothly during the cremation process. They help to prepare the chapel for the service, they operate the cremation equipment during a service and they make sure records are up to date and accurate.

What is a crematorium – Where did the idea of Cremation and Crematories come From? 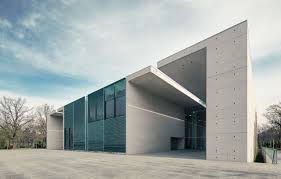 Before the Industrial Revolution, usually the first type of cremations would take place in the outdoors. In those days however, with coal being the only fuel available and being so low in energy-efficiency, the whole idea was not surprisingly very popular. Around 1873, two professors, Coletti and Castiglioni, presented the concept of cremation to the Medical International Congress of Florence. They believed cremation was a system that was ‘in the name of public health and civilization.’

Two other professors, Gorin and Brunetti later published reports on their practical experiments with their cremation apparatus being exhibited at an exposition in Vienna. It attracted a whole lot of attention. The first baronet and surgeon and physician to Queen Victoria, Sir Henry Thompson, were greatly interested and he later became the chief promoter of cremations in England. His main reason in support of cremation was that was a means to eradicate disease among a population growing too large.

He also firmly believed that cremation would prevent premature burials and also reduce the costs involved in funerals. He also believed it would spare mourners’ exposure to the elements at an interrment.

What is a crematorium – The First Crematory for the USA

In 1874, at a meeting at Thompson’s home in London, a group set up the Cremation Society of Great Britain. The whole concept of crematoriums grew in popularity so that by 1876, the USA had its first modern crematory. Later on, crematories started to become beautiful places, with beautiful stained glass windows and lovely marble floors and frescoed walls. 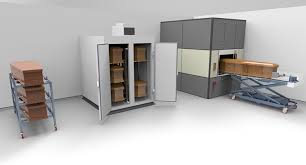 Around 2008, cremation rates had risen to 36.2% and growing at 1% a year. That according to CANA which in the USA and Canada is the largest representative of funeral homes and crematories. Other countries continued to follow this trend.

Basically, at the crematorium, the main chamber will house the body, only one at a time. The chamber has a burner that offers heat which vaporizes the body of the deceased’s water content and acids. In this main chamber the heat will be between 760 to 1150 °C or 1400 to 2100 °F. Any higher temperatures will speed up cremation but will consume more energy, but also generate more nitrogens and oxides.

The time it takes for a cremation to take place can vary. Some will take about 70 minutes while others will take 200 minutes. Weight of the body, for example, will be one reason why a cremation takes longer, but there are other factors too.

The operator stops the cremation process when the body becomes ashes.

To request a funeral cover quote, please complete and then submit the form on this page