Death is a natural process. And the verse from the Book of Common Prayer: ‘ashes to ashes and dust to dust’ implies the body returns to the earth. Still today, our graves remain places filled with all kinds of foreign matter to nature; harsh chemicals, severe concrete, and steel, etc. Fortunately, funeral directors are now recommending biodegradable coffins as an environmentally friendly alternative to convention coffins.

Natural burials have become a sought after way of planning a death. People are requesting that their bodies or ashes return to the soil after they have died. Coffin designers are jumping on the bandwagon and creating biodegradable coffins or pods, also known as caskets. Eventually, everything goes back to the soil and trees and shrubs can grow in these burial plots. For many, the idea of their remains going into natural pods makes the concept of death much more comforting.

Biodegradable Coffins – Placed like a Seed in the Ground 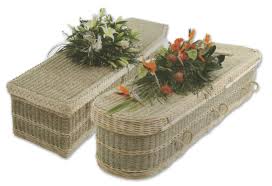 With billions of people living in our straining world, we are starting to simply run of space for traditional cemeteries.

Some coffin designers from Italy have done their research in finding alternative ways of burying the dead. They have come up with biodegradable coffins or pods.

They call their pod a ‘Capsula Mundi.’

Family members plant the pod containing the human remains in the earth in the same way as one plants a seed. Ideally, the dead person would have chosen the place.

For many, this method of burying the dead has taken on a new meaning. It no longer feels like an interruption of life. It feels more like the start of another phase of the natural life cycle.

Today in our Western culture, the whole burial system is not natural at all. To begin with, the acres of land that get used for cemeteries contain embalming fluids such as formaldehyde. Tons of concrete and steel have also been used in the creation of the cemetery. Compared to this, the ‘Capsula Mundi’ which is shaped just like an egg, is made from natural materials and fertilizes the surrounding soil as it breaks down as time passes by. 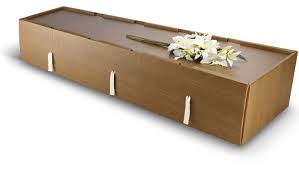 natural pods other than the standard coffins. In Italy, the natural pods are still considered as illegal, even though the project is already over 10 years old. But requests are finally starting to come in from all over the world.

The new kinds of cemeteries would have no gravestones anymore – what you will see are trees growing over the pods and the roots of the tree being fertilized by the fertilizers emitted from the biodegradable coffin or pod.

The community in the area would care for the trees, with the cemetery gradually turning into a forest. Caskets of today are available today in many kinds of natural products such as hemp, bamboo, cork, rattan, sea-grass and banana leaf.

Commercially produced coffins take a very long time to break down in the ground particularly if there are metal handles and hinges for example, not forgetting harsh chemical treatments. It’s no wonder people who love nature, trees and the outdoors love the thought that when they die, they return to the soft gentle ground in a biodegradable pod or coffin, with a beautiful tree keeping watch over them with the passing of time.

What is a Crematorium? →
← You Can’t Afford to Die Without Funeral Plan Support
Copyright 2022 Funeral Cover Quotes