Worldwide dying and organising funerals is becoming increasingly pricey with inexpensive funerals a rarity. If you’re in the UK you might have to put aside £4 000 for a funeral while in the United States it would be about 7 or $8 000.

When you consider that there are around 500,000 funerals in the UK each year, you get an idea of the amounts of money constantly exchanging hands. The main costs come from the coffin which in the USA can cost roughly $2,300. Embalming is also costly and will set you back roughly $700 while just for basic funeral services you can put aside $2,000. 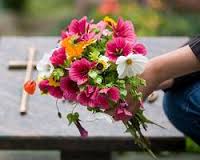 When looking for a funeral home, always compare prices from at least three homes and make it clear you are interested in inexpensive funerals. If you can, visit the funeral home to get a feel for the way they do things. Ask them for a price list for the products and services they offer.

Inexpensive Funerals –  Save the Earth and Your Money

Because of the state of the earth and abuse it takes, those who are concerned about it want to do their part and are investigating alternative funerals. With a green funeral, which is far cheaper than traditional burials as we know them, the coffin will be made out of cardboard, banana leaves or bamboo.

Funerals must be in keeping with the requests that the deceased left for their family. If you are wanting to plan an inexpensive funeral for yourself or for a loved one, there are a number of things you can do to make sure you have the cheapest funeral possible.

●   the coffin is always the most priciest item. But who says you need a fancy casket? Who are you pleasing? Your family could decide to go against your wishes and simply dump your body over the side of a boat into the depths of the ocean. They could then sell your expensive coffin and you wouldn’t even know. Go cheap then these sort of concerns won’t plague you.

Funeral homes have a habit of not displaying their low cost caskets, but that doesn’t mean they don’t have them. They can order them for you after you have had a good look at their catalogue of coffin options. There are so many discount coffin makers who have seen the need for cheap coffins and they can provide you with a sturdy, compliant coffin that will be far less expensive.
●   fresh flowers are lovely indeed but they aren’t a necessity – certainly not an elaborate arrangement. Think of the deceased – maybe the person was a nature lover, so why not pick some fresh, wild flowers and have a simple arrangement of these next to the photo of the deceased. Such an arrangement can speak volumes and cost next to nothing compared to a formal arrangement bought from a florist.

Lots of Inexpensive Funeral Ideas waiting to be Explored

Do research. There are so many ways you can have an inexpensive funeral if keeping up with the Joneses isn’t important to you. Quite frankly, the best way to honour your loved one is to not have to go into great debt to say goodbye.