What Not To Wear To a Funeral

What not to wear to a funeral is important advice. Under conditions of emotional upset people tend to neglect the way they look.

The way you dress for a funeral indicates the respect you had for the individual who has passed away.

What not to wear to a funeral is just as important as what you should wear.

Funerals are sombre occasions, more so for the family and closest friends. Funeral attire should show that you are grieving or you are in sympathy with those who are grieving.

Entrenched traditions still apply in certain countries. Family members of the deceased wear black for the funeral and days and weeks after the funeral. That is a tradition which shows sorrow but also respect.

So what not to wear to a funeral is about choosing the appropriate attire and also considering what type of clothes you should avoid for a funeral.

A funeral is also a sombre occasion. That doesn’t necessarily mean you should wear black however it isn’t the time to wear bold, bright and garish colours either. Cool, classy styles and colours will be light and lovely and will impress the grieving with your sensitive choice. 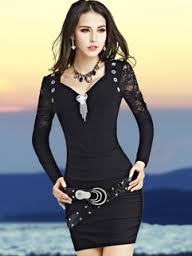 Suitable dress for a funeral varies with each culture. People attending a Chinese funeral, for instance, wear sombre colours like black and avoid bright colours, mainly red because a bright colour such as red represents happiness.

What not to wear to a funeral should be the deciding factor as to what you should wear, taking into account the expectations of the bereaved family. If the family are well turned out in clothes similar to what people wear to the office or a wedding, they won’t appreciate you being in beach thongs and shorts.

The quickest way to give offence at a funeral is to wear totally inappropriate outfits. You should avoid things like excessively dirty, torn jeans, short skirts and dresses, flip flops, casual jeans and low cut tops. Items of clothing suited to the beach or in night clubs have their place but aren’t suitable for a formal and subdued funeral.

Remember A Funeral is Not a fashion show

You don’t have to rush out and buy new clothes for a funeral. You can team up a low cut sleeveless dress with a well fitted tailored jacket to give it a dressed up look.

A funeral doesn’t last long but takes the time and effort to show respect and sorrow by wearing casual but chic outfits which will convey the right message when you are at a loss for words.