The DA has found evidence of illegal funeral cover deductions on SASSA cards. They were investigating the scale of alleged illegal deductions from SA Social Security Agency (SASSA) social grants.

The DA said it was unacceptable that the scam affected the most vulnerable people in SA.  They said it was criminal to deduct money from people that don’t have money to waste and who do not have the proper knowledge.

This criminal activity occurred on the watch of Cash Paymaster Services, also known as CPS. The company has the contract with the Department of Social Development to disperse the grants.

The DA made these findings in Humansdorp in the Eastern Cape by two major DA office bearers. These are the leader of the DA in the National 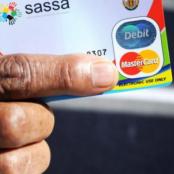 Now, the DA are forcing the Department of social development to act fast  to correct these illegal funeral cover deductions. They insist the Department finds the culprits responsible for making these deductions.

A disability grant recipient told the DA that he was forced to take out the funeral cover. He had tried to get the cover cancelled since 2012, but without any luck. They are still deducting the money, month after month.

The investigation uncovered a person that never has signed a consent form for a 1Life funeral insurance policy for which he has paid for years.

The DA investigation revealed that most of the unauthorised deductions affected people in the Humansdorp area.

Some of the interviews conducted with the alleged victims revealed that some people have been paying these amounts for over five years.

The DA has recommended that the Minister of Social Development cease all the deductions and to investigate the matter further.

There are also some allegations that someone made deductions for airtime from old age and child support grants.