Is is worthwhile to have more than one funeral policy or not?

The family pays a small amount of money for a funeral plan monthly. Then, when a family member dies, the family gets a lump sum. Funeral insurance protects policyholders against financial hardships

Funeral insurance plays a part in preventing financial loss for people, so it contributes towards an environment of economic certainty.

Regulations and statutes govern insurance companies in South Africa on how to invest the policyholders’ money. Unfortunately, South Africa has mismanagement of funds, and this is having negative implications on South Africans. 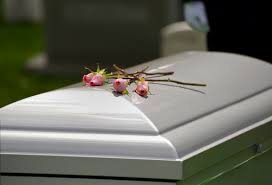 People take out insurance for many different reasons. But mostly it is to protect themselves and their family from unexpected loss.

People buy funeral insurance and other forms of insurance because they know they cannot predict the future. They want to be ready when disaster strikes.

They take out the funeral cover to ensure their family do not have to carry the many costs involved with arranging a funeral.

In South Africa, anything goes, and technically you can have more than one funeral policy. What is problematic is that you can be over-insured so that you are paying more than you gain.

There is no limit to the number of policies you can have, but there are rules about the value of these policies. When you take out a funeral policy, the insurer does financial underwriting, in any case, to make sure that the total cover you have with all your policies doesn’t exceed your income.

Funeral policy experts claim that it is better to consolidate cover into a limited number of policies or ideally no more than one funeral policy. This is because the ongoing administration costs of the policies can add up significantly. Having fewer policies will also require less management at claim stage.

Certainly look at more than one funeral plan before you make a decision. Compare about four policies regarding your needs as well as the funeral provider’s reputation and their ability to pay claims.

Funeral directors are often reluctant about explaining their costs or their pricing. Up until now, they have been indifferent about the Internet’s price comparison revolution. Recently there has been a rise in the number of funeral businesses that offer low-cost, no-frills funeral options and a growing number of customers are opting for these affordable alternatives as well.

The way funerals have been done in the past is changing – people are doing things differently. Instead of having to invest in some funeral policies to get a bit of good from each one, being over insured is a thing of the past.

You can have a loved one buried or cremated at a much more affordable rate. These kind of simple funerals are becoming sought after over the black-tie traditional costly funeral of the past.

People are starting to base their choices of funeral insurance on what suits their pocket and their lifestyle – the one that gives them the best possible value.