You Can’t Afford to Die Without Funeral Plan Support

The cost of funerals in South Africa are so expensive that a death in a family sends households reeling. In fact, the death in a family without funeral cover is causing serious debt problems. It is worse for those who have to fork up for the repatriation of a body to SA or Zimbabwe.

Traditional Black funerals cost around R40 000 to R50 000 to bury a senior member of a family passes away. Many people succumb to the social pressures of friends and family. They go into debt to put on a lavish funeral so that it looks like they have lots of money. Without funeral plan protection a burial is nearly impossible. 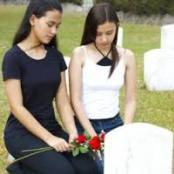 A decent funeral just with the coffin, hearse, documentation and church feess sost R20 000 to R30 000. The most basic funeral in South Africa costs in the region of R7, 8 or R9 000. And then you must hold the funeral during the week and not over the weekend when it will cost more.

Most South Africans don’t adequately prepare for death. They are shocked at the prices when they need to suddenly arrange a funeral. They become frantic trying to arrange loans or cashing in their life insurance to provie money to bury their dead. Many are even leaving family members in hospital mortuaries simply because they don’t have the money to bury them. Many funeral directors won’t arrange a funeral until a deposit is paid.

One of the main reasons why working people are finding themselves in debt as a result of a death is they aren’t planning for a funeral. The answer is to ensure you have the appropriate funeral plan in place.

You need to be sure that the funeral plan you take out will cover all those pricey features associated with a funeral. Take out a funeral plan that is in keeping with your budget, and most importantly, avoid the pressure of a big funeral to please and satisfy the crowds.

Cape Town councillors are helping families who come to their offices for assistance because they can’t get together the money needed to bury their family member. They get help with the offering of the cheaper cremation option but they aren’t happy with this. They want their family members buried, which costs far more.

Without Funeral Plan – Young and Old need to Prepare

Death gives no thought to your age. It comes at any time. Funeral homes and undertakers say that most South Africans don’t prepare for death and a spokesperson from Avbob Funeral Services in Pretoria said most of their inquiries were from people who had never given the preparation of a funeral any thought. People without funeral plan protection can’t believe it when they discover the prices of funerals which start in the region of about R8 000 for the most basic funeral. When a family member dies they start running around like a chicken without a head trying to find the money to commence with funeral arrangements.

Without Funeral Plan – Prepare with an Affordable Funeral Policy

The simple solution is that South Africans should take out funeral policies because it eases the burden and stress when a family member dies.

To get your funeral cover quote now, just complete and send the form on this page