Who to Invite to a Funeral or Not

Who to invite to a funeral or restrict funeral attendance is something only you can answer.

But here are a few scenarios to help you decide who not to invite to a funeral and who to leave on the list.

If the deceased has stipulated their wishes and your loved one was explicit in his/her instructions on requesting that your great aunt not attend. It’s only fair to respect those wishes.

Budget constraints are also at the top of the list. What if your loved one was incredibly popular and 300 people show up to bid farewell.

It might not be financially feasible to invite all of them to the wake. To get around this problem, you could have the reception at the place of worship or explain that you’d prefer a private family affair.

Who to Invite to a funeral and How to Restrict Attendance 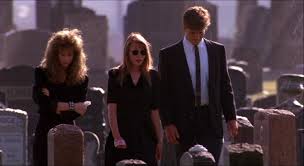 Here’s how you can restrict those unwanted guests from attending the funeral:

Banning Family Members – Yes or No?

Let’s face it, we all have that one (or more) family member that is the black sheep. But can you prevent them from attending a loved one’s funeral? Well, it depends on whether the feuds or fall outs are with you or with the deceased.

If you’re not too sure, you can simply hope that the person honours their estrangement and stays away. Or you can simply ignore their feelings of entitlement to pay their respects and put up with them for the funeral.

They may even see the funeral as a chance to atone for their past behaviour. Decide what their intentions may be before you completely cut them off from the funeral.

Ambitious Inheritors: Who Not to Invite to a Funeral

There are always those family members who you haven’t seen in years who suddenly pop up with the hope of being mentioned in the will as a beneficiary of an insurance policy or something.

Do they need to be invited? Maybe so if they had no grievances with the deceased. But if you feel their intentions aren’t honourable, don’t invite them.

There’s also the question of ex-spouses, ex-partners, step children, estranged step families. It all depends on how well they knew the deceased or how much of a role they played in the deceased life in recent years.

Again, if finances are an issue, rather opt for a private affair or announce the death after the funeral or memorial service.

Ultimately who you invite, or rather don’t invite, to your loved one’s funeral is up to you and your family. Remember to consider the deceased’s wishes and how they felt about the person in question.

Funerals can also be a good time to make amends and atone for past grievances.