What happens to a baby that is born after the 26th week of pregnancy but is stillborn? Does funeral insurance cover a stillborn child?

What do the different funeral insurers in South Africa have to say? The insurance Ombudsman spends time resolving disputes between the insurer and the policy holder on this matter.

One such debate actually occurred in 2012 about claims for a still-born child. A policyholder who was a member of the group scheme took out a family cover for his family. He submitted his death claim for his child who had been still-born.

The insurer had informed the policy holder that his claim had been approved, but he did not receive payment. He then turned to the Ombudsman to investigate this matter.

Does Funeral Insurance Cover a Stillborn Child – What the Policy Said 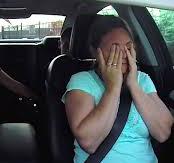 The policy taken out made provision for his spouse and his five children. That meant that his policy offered him R20 000 cover. There was an extra benefit for him in the form of R10 000 for a further three children if he were to pay an additional premium.

“Clause 7.2.3 – CHILD or CHILDREN A Child means: A Child by birth, including a Child still-born (following 28 weeks of pregnancy and not as a result of wilful abortion) while the policy is in force, ….. You need to inform (the Funeral Plan) in writing or telephonically of the birth of a Child whom you want covered in terms of this policy. No waiting period in respect of cover will apply provided such notification is received by (the Funeral Plan) within 60 (sixty) days of the birth of the Child. …..5 (five) Children can be covered under the Funeral Plan at no additional premium. 3 (three) Additional children may be covered by the Funeral Plan at an additional monthly premium.”

He was told his claim was not successful

The claimant was informed by the insurer that his claim was not successful as the child who had been still-born was the sixth child in the policy. The claimant stated that he could not register his sixth child as it was not born yet. Nevertheless, still-born children were covered in his policy.

The Ombudsman decided this claim needed to be considered and that the claimant’s premium for that month would be deducted from the proceeds of the claim.

You Can’t Fool the Ombudsman

The claimant had added the three children before the birth of the 9th child which meant that the claim was not considered in the end. The claimant did receive a compensatory award for poor service received and he received an exgratia payment of R5 000.

The insurer advised that in this case if a still-born child were the 9th child, the claim would not be considered. The Ombudsman was satisfied with this outcome. Does funeral insurance cover a stillborn child? It depends on several factors.