Pre-Arranging Your Own Funeral

More than one million people a year plan their own funeral proceedings. Statistics show that the sales of prepaid funeral plans have increased by twenty-five percent in 2015. You too should consider pre arranging your own funeral.

The costs of funerals are getting higher and higher. During the past ten years, funeral costs have basically doubled. The problem is that the funeral plans don’t increase as the costs of a funeral are increasing.

Taking the financial problems off their families

Because of the financial costs that there are with funerals, people are starting to arrange their own funerals beforehand. They even pay for everything in advance. This makes the financial aspect much lighter for the family that is left behind. 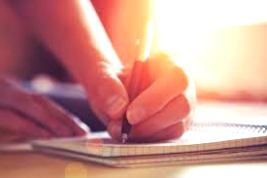 When a person is pre arranging their own funeral, they normally don’t care about the type of coffin or flowers they are getting. This makes the costs of the funeral much less.

Pre Arranging Your Own Funeral Makes it Easier for the Family

Another reason why people are pre arranging their own funerals is that they know how hard it’s going to be for the family that is left behind. And, that making decisions just after a loved one’s death really hard.

This is just a way for the person that’s dying to make the process as easy as possible for their family. Normally, people that are pre-arranging their own funerals, is normally the people that have cancer and who knows that they are going to die, and who’s family is going through a tough time with each step the loved one is taking with the illness.

Making Your Own Funeral Plans

With the costs of funerals going higher and higher, it is getting more important to get a funeral plan, so that your family doesn’t suffer financially and emotionally when you are deceased. There are different types of funeral plans that you can consider that will give you and your family the peace of mind that there will be enough money for the funeral. No matter if you are pre-arranging your own funeral or not.

The number of people pre-arranging their own funerals is increasing by the year. With the expenses that the family needs to pay, and the heartache that they are going through, it just makes sense to arrange your own funeral.

If you are considering pre-arranging your funeral, you need to make sure that your funeral plan will be fine with it. If you dont have funeral insurance they will be paying for the funeral that you have arranged for yourself.