What Is the Role of Funeral Directors?

In South Africa, whenever you look for funeral directors, do you research. And you must know the difference between the fake and the real.

Running a funeral business in South Africa is a lucrative business. Unfortunately, this means that many suspect ‘funeral’ businesses have mushroomed to rob people of money each month.

They offer nothing in return. Many South Africans lose money by believing in these fly-by-night funeral businesses claiming to be who they are not. 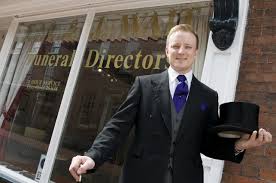 The purpose of this Association is to maintain high professional and ethical standards in the funeral profession.  Also, the Association ensures that members comply with the legal requirements of the funeral industry.

In South Africa, you can be an independent funeral director. Or you can belong to a franchise such as Martins Funerals and Doves for instance. They have more than 150 branches nationwide. Funeral directors work at odd hours, attending to people from different cultures and traditions. They also liaise with clergy and cemetery workers.

One of the benefits of having a funeral plan in place from a reputable funeral home such as Doves or Martins is that the funeral director will have broad knowledge about all the different funeral traditions and cultures, whether their clients want Christian, Jewish, Catholic or Muslim funerals or something else. They handle all the complex paperwork and documentation required when someone passes away.

Regulation of the Industry is Improving

There was a time in South Africa when there was no regulation of funeral directors and funeral homes.  But things have been changing and now there are even funeral director training schools in Gauteng.

Up until recently, there were no regulations for the burial society business in South Africa either. But now there is also a regulatory body, namely the Burial Society of South Africa. Its aim is to unite all the burial societies in the informal sector under one umbrella.

The members of each burial society will contribute a small amount cash each money which is then deposited into a bank account until it is needed. The Burial Society of South Africa will assist with pauper funerals and they will also allow members to borrow money at low interest rates.

The funeral directors of South Africa have a busy time, especially when you consider that some 200 funerals alone take place at Soweto’s Avalon Cemetary every weekend. Sometime the events around these funerals are so vast and varied that funeral directors are even seen as events managers, arranging catering, flowers, music, tent rentals and much more.

A Funeral Director and a ‘Green’ Funeral

As in most other places around the world, funeral directors are now looking at ‘green’ funerals so that those who are buried in bio-degradable coffins become one with the earth and the environment.